After Coeur d’Alene, the top metro areas in the ranking are Austin, Texas, Springfield, Ohio, and Billings, Mont. Spokane, Wash., just across the state border from Coeur d’Alene, ranks fifth. 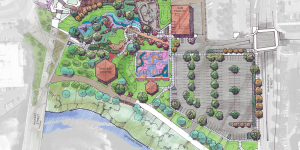 The goal of the playground is to create an exciting, safe, dynamic, high quality nature-based play/learn environment for children and their families. 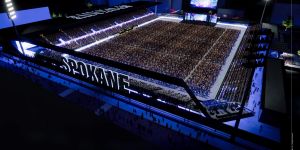 After weeks of receiving public input about a new stadium proposal, board members voted 4-1 to continue planning for a downtown location. 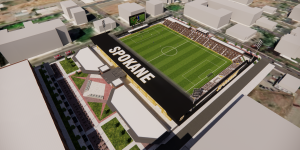 A proposal for a downtown sports stadium is gaining support from public officials, including Spokane Mayor Nadine Woodward and state Rep. Marcus Riccelli. 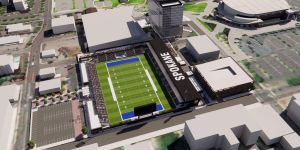 When you listen to the athletic directors of the five Spokane Public Schools high schools talk about the future outdoor athletic facility for the district, one thing is certain – they all feel that the student-athletes that will use the facility and the communities they are part of would be best served if it was built downtown. Gonzaga University is so much more than basketball, the bulldogs contribute so much to the city of Spokane in addition to an incredible team. Spokane City Council declared its intention to invest in the East 5th Avenue area via a resolution Monday night, the latest step in an attempt to revitalize the long-neglected East Central neighborhood. ‘K-shaped recovery’ leads to labor shortages for some industries, long-term unemployment in others The Spokane Transit Authority has unveiled its first electric bus for the planned City Line bus rapid-transit route, which is scheduled to be operational in May 2022. Washington state has again been ranked the #1 state in America by U.S. News and World Report.